Take your notes... back home. 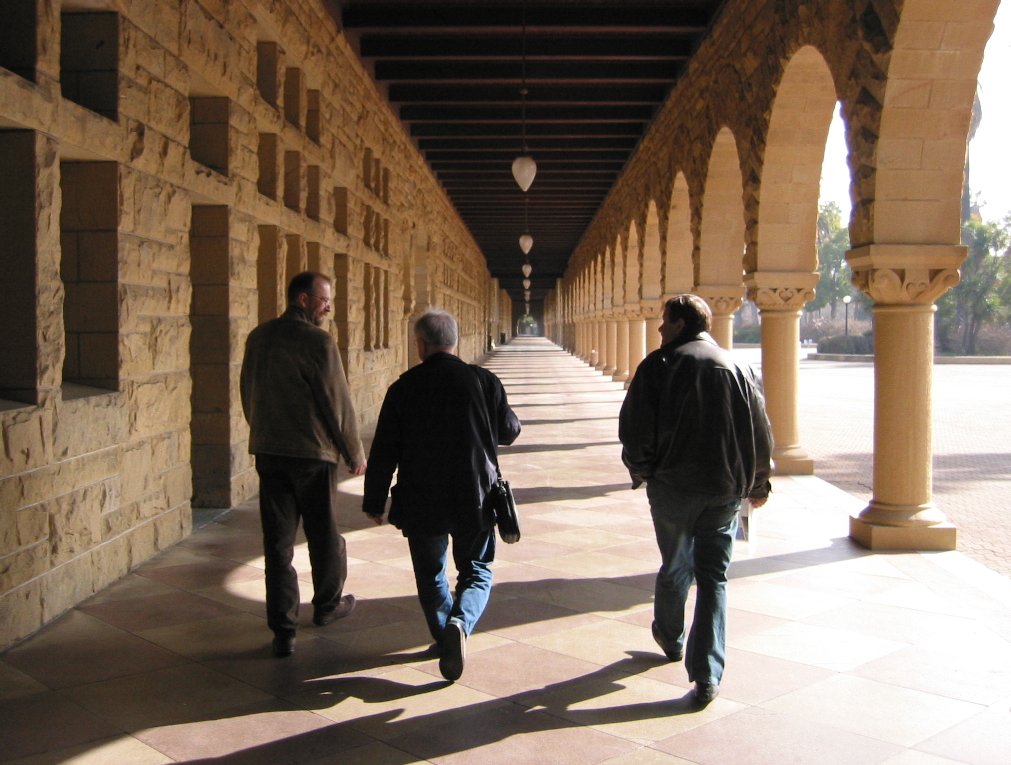 Above is one historical photo from my archives. You see there pretty much whole initial EverNote team (from left to right): myself, Stepan Pachikov  and Edward Talnykin (Эдуард Талныкин, PhD, USSR Academy of Science, Novosibirsk, RIP) at Stanford, California, somewhere around 2002-2003. That was one of first EverNote design meetings.

Somewhere in 2002 Stepan came up with the great idea of the note taking application and its design. He arranged small team that created first production version of EverNote : Edward Talnykin (UI and logic design), Peter Kvitek (DB and Windows integration) and myself (HTML renderer and WYSIWYG editor). At some point there was also team lead by Alexander Pashintsev  from ParaGraph that added handwriting recognition and OCR modules to EverNote.

Here is a screenshot of that first public version of EverNote (v.2): Look and feel is clearly an example of naïve Skeumorphism that was trendy at that time, but you know what? it still works. There are problems on modern high-DPI monitors as UI was nailed down to pixel grid (96 dpi at that time and nothing else) but other than that it is breathing. It stores notes locally and keeps them forever.

These days, when I decided to add an application to Sciter SDK that demonstrates it as a platform, my choice was obvious: why wouldn’t it be a note taker? It is time to revamp that old friend.

So here it is. Sciter Notes, as you see it now, was designed by myself in three summer months of 2017.

Sciter Notes also stores locally and controllably.  I simply do not understand why do I need to store them anywhere else. Why anyone should have access to them? Be it a human administrating cloud database or some AI analyzing my content to sell me their stuff …

We have gigabyte and terabyte local disks, USB drives, etc. that actually store just programs but no data indeed. All our personal stuff is in clouds these days. Why? I have no answer for that collective exhibitionism of human race. Great mystery to be honest …

I am designing Sciter Notes for myself and anyone who needs it – just install them from this site.  Sciter Notes sources are available on GitHub as part of Sciter SDK. I may move Sciter Notes to separate repository in future but for now they live there.

Sciter Notes is a live project, I have quite large list of TODOs, plans and ideas for it. On this page I’ve explained just few immediate directions. If you would like to add some other feature please drop me a message in comments to this article or by using the contact form.

Oh, and you can always help me and other developers that started gathering around the project to keep it public. Just click on the button at the bottom of the page to donate whatever amount you feel comfortable with. Each penny increases motivation to make it really useful product “for the rest of us”.

To the World from Canada and Russia